Nestled in the residential community between the Koolau Mountain Range and the shores of Kaneohe Bay, is an 800 year old “ahupuaa” in Heeia in the ili of Waipao.

Owned by Kamehameha Schools, the resource-rich ahupuaa was once a vital source of life for the ancient Hawaiians. An ahupuaa is an ancient sustainable land division system that stretches from mountains to sea that the native Hawaiians once lived and thrived on to be 100 percent sustainable.

It provided fertile land for agriculture, fresh flowing water sources for fish, trees for wood and other goods for sustenance and pleasure. The ahupuaa and the management of those lands demonstrate the ingenuity and awareness of the native Hawaiians. Their keen understanding of the natural ecosystem — everything cultivated at the top affects everything at the bottom, was the reason they prospered in ancient times.

As food production modernized and the economic structure shifted, the need for natural land resources and management decreased and over time the ahupuaa was left in disrepair.

A nonprofit organization created in 2006, Papahana Kuaola, committed to the restoration of the land by providing community education focused on environmental and cultural preservation. 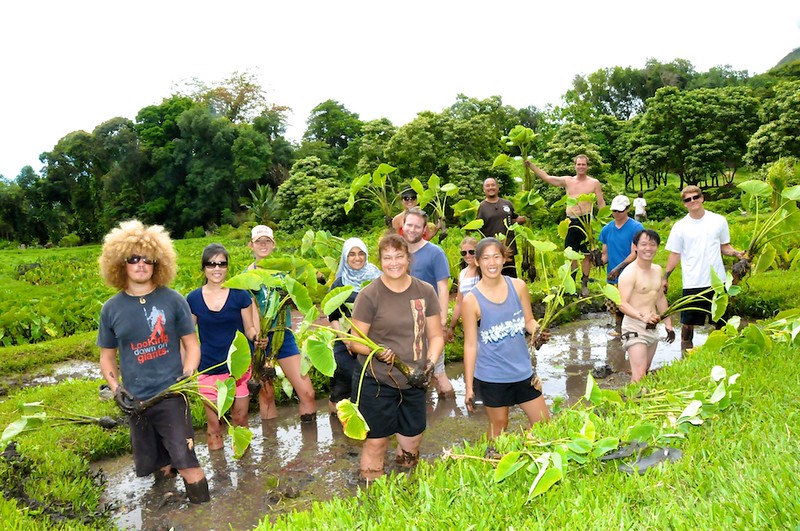 Papahana Kuaola is connecting the area’s past with a sustainable future. In 2018, they serviced over 45,000 community learners through a variety of engagements including loi management, reforestation, native plant propagation, Hawaiian protocols, oli and Hawaiian values.

“Papahana Kuaola provides experiential learning opportunities to our communities. We open our site up for people to be positively impacted by the outdoor environment while practicing local cultural activities,” explains Papahana Kuaola executive director Kapaliku Schirman. “Our restoration work may, at first glance, focus on restoring our land, but in actuality, we are restoring the health, vitality and culture of our communities.” 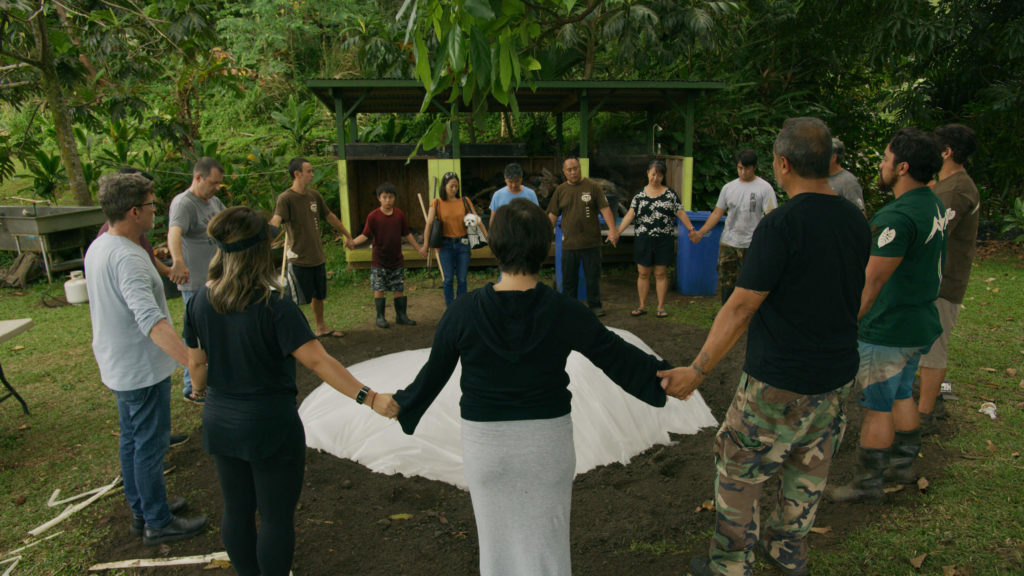 The team blessing the pig before cooking it in the imu. Photo: Shibby Stylee/Hawaii Food & Wine Festival, 2019

Taste our love for the land.

It’s been the mission of Hawaii Food & Wine Festival (HFWF) since it was an idea written on the back of a paper bag several miles in the air. Any chef will agree that to create the best food, you must use the highest quality of ingredients. Through the respect for the land, the best ingredients are produced and ultimately translate into the best dishes.

This series of food and wine events of HFWF is represented by a logo that visually characterizes a mountain and sea within a leaf representing the ahupuaa and a desire to return Hawai‘i to being food sustainable.

For years, the ahupuaa of Heeia was neglected. Through the restoration efforts of Papahana Kuaola, Paepae o Heeia and Kakoo Oiwi, the ahupuaa is now functioning with natural fresh water springs, loi (taro) grown on the mountain, and fish such as moi, mullet and crabs cultivated in the fishpond. In 2011, its inaugural year, HFWF showcased the ahupuaa of Heeia and the work of Papahana Kuaola and Paepae o Heeia in an interactive tour called The Bounty of Heeia. It was there that the first cultural exchange between chefs of HFWF and native Hawaiian practitioners took place. All food for the tour was cultivated or foraged from the ahupuaa with the Hawaiian practitioners serving our chefs from around the world.

“’E mahalo I ka mea Loaa’” this well-known olelo noeau or wise saying, reminds us to be grateful for what has been provided,” says Domingo. “For the resources we enjoy and the sustenance it provides, we must always be thankful for and appreciate what we have.” 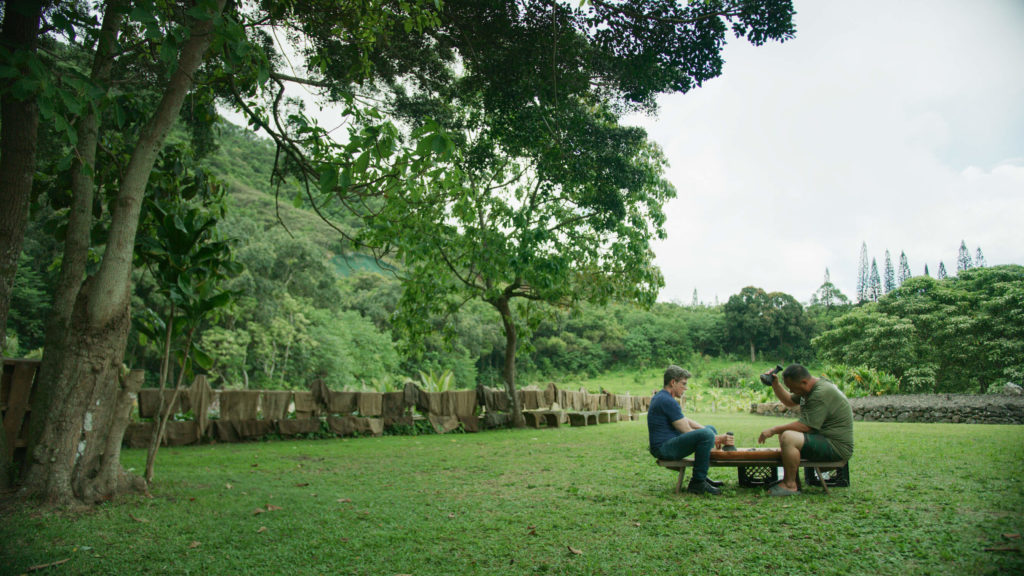 For more than eight years, HFWF has partnered with Papahana Kuaola and Paepae o Heeia to share with others our islands’ culture, history and traditions, as well as to showcase the ingenuity and resourcefulness of our host culture and native Hawaiian people.

Chef Rick Bayless who was named HFWF’s second Culinary Hero in April 2019 made history in Hawaii at Papahana Kuaola and created his traditional Mexican dish, using Hawaiian cooking traditions. He had planned to prepare locally-raised pork for his dish, but rather than cook his pig in an oven, he cooked it in a Hawaiian “imu” (or pit) which is similar, yet different, from the Mexican method of cooking a pig in the ground.

For Bayless, who is celebrated for his popularization of traditional, authentic Mexican cuisine, it is important for him to live and experience the culture, people and flavors of Mexico in order to preserve it in form of his dishes.

“It’s true all over the world – you’ll find the best food where local agriculture thrives. Hawaii is the quintessential example. It’s a place of deeply rooted tradition, where chefs honor heritage while driving their cuisine forward.”

That morning, Bayless was driven through the winding neighborhood streets of Kaneohe towards the towering mountains to the grounds of Papahana Kuaola. The Papahana team, led by Domingo, had already been onsite for hours, warming the lava rocks that laid atop kiawe wood in the 5-foot deep pit. 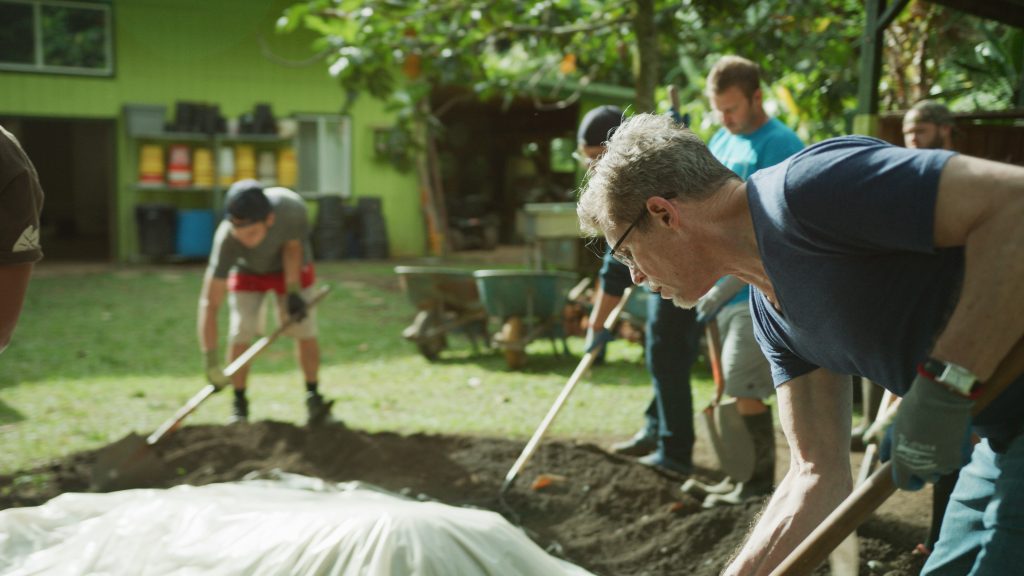 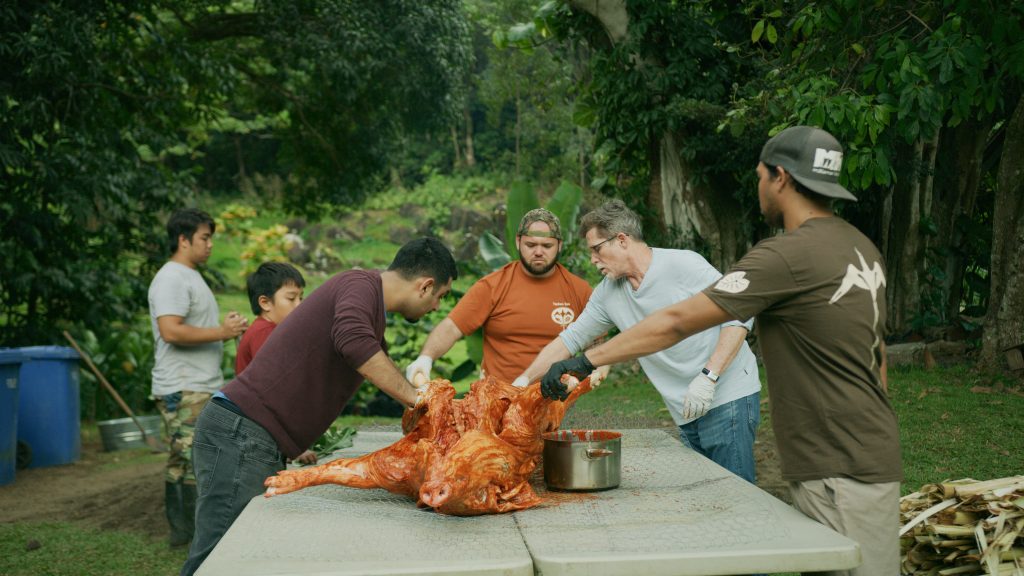 Following introductions, a 200-pound locally-raised pig was dressed with a Yucatecan-style marinade prepared by Bayless. Made from Mexican achiote seeds, herbs, spices and vinegar, the rub transformed the skin of the animal a deep rusty red.

Both Hawaiian and Mexican cuisine boost unique ingredients and techniques. On that day, Bayless and Domingo cooked, learned and shared through cultural exchange the similarities and differences of culinary traditions passed on through generations. Bayless discovered that the traditional imu used by Hawaiian ancestors to cook kalua pork, seafood and other meats is comparable to the in-ground pits used by Mexicans to roast barbacoa and more.

Like Domingo, Bayless has dedicated his life to preserving traditional culture and passionately reclaiming the traditional methods of their ancestors.

“The thing that I’ll take back with me more than anything else, was the feeling that I had when I was at Papahana Kuaola,” said Bayless. “It was the people, the spirit-to-spirit that I experienced because these are the people who are really invested in preserving traditional culture.”

Hours later, the team returned to the imu to unearth the cross-culture product — dig, remove layers of banana leaves, transport the pig and then shred the meat. Hand-picked and served on an heirloom blue conico corn tortilla from MASA Hawaii, the Mexican flavors bursting from the Hawaiian-prepared pork created the perfect unison.

“This is where Mexican tradition meets Hawaiian tradition,” said Bayless as he took his first bite of the juicy shredded pork wrapped in the tortilla.

Connecting with the past to build a sustainable future, doesn’t mean keeping isolated. In preserving Hawaiian tradition, one can look to neighbors with the same cultural values to build respect and understanding across the globe.

As Rick Bayless experienced, sharing culture creates “the opportunity to touch another soul and know that we’re on the same wavelength, we’re dedicated to the same things.” 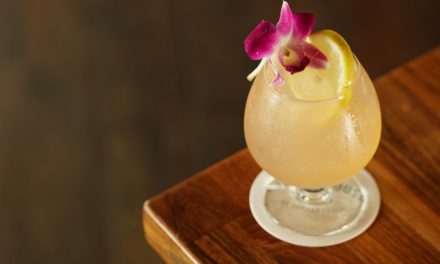 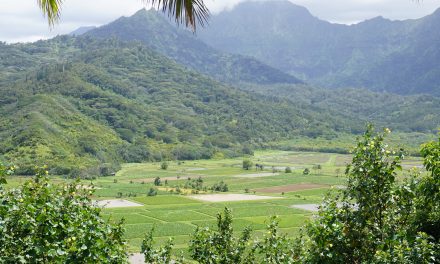 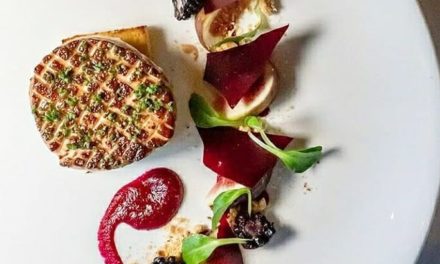 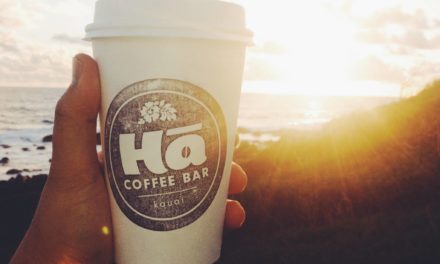