Back in the mid-1980s, my colleague Stephan Pyles and I really gravitated to what Alice Waters was doing at Chez Panisse in Berkeley. We were inspired by her, and we wanted to create our own local food experience here in Dallas.

I believe we were the first in Dallas to be doing what was eventually called “farm to table.” At the time, Stephan and I called it “cottage farming.” We’d constantly share with each other any great local sources we found for produce, wild game, vegetables and the like. 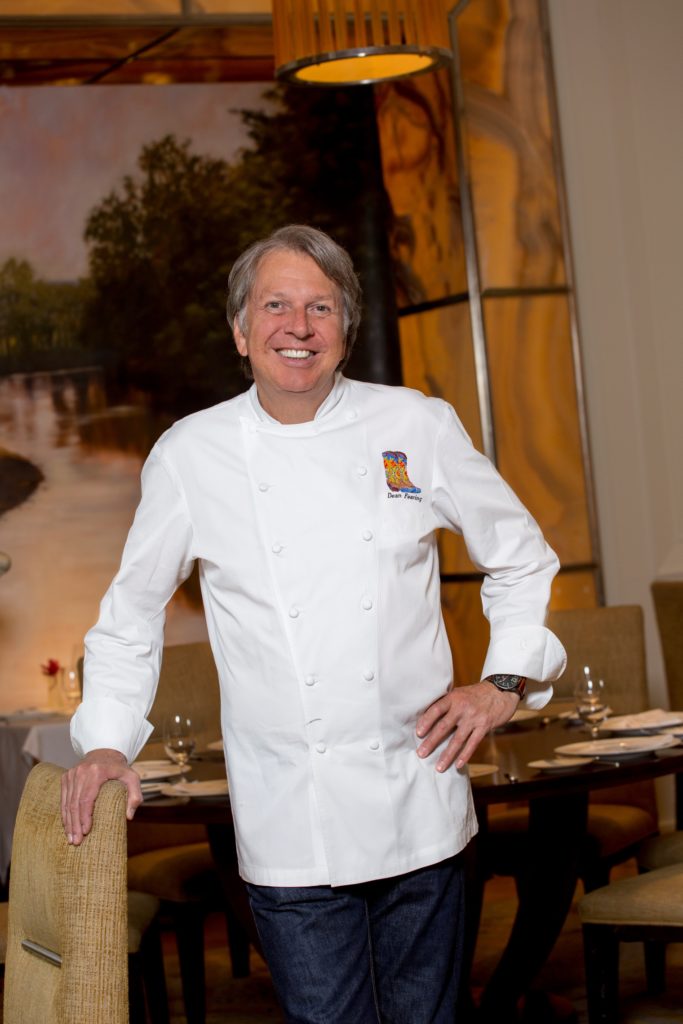 “One local farmer would bring us chuckers in a trash bag, freshly dressed.”

Chef Dean Fearing: “At the time, we called it ‘cottage farming.” Photos: courtesy of Dean Fearing/“Taste Our Love for the Land,” 2015

I remember one local farmer who would bring us chuckers (quail) in a trash bag, freshly dressed. That’s how small and rudimentary things were then. Those chuckers were unbelievably delicious. We also had a great grower of shiitake mushrooms right in nearby Denton. Often, these local cottage suppliers would grow things just for us, and very often, they ran out of product quickly. That’s how it was in the early days of farm-to-table.

Robert Del Grande was also doing the same thing in Houston, and of course, I can’t forget Wolfgang Puck getting all that early product from Chino Ranch. It’s amazing to think that farm to table actually existed here in Dallas thirty years ago, and we’ve taken it well beyond that since then. Now, almost all of our suppliers are from the region. 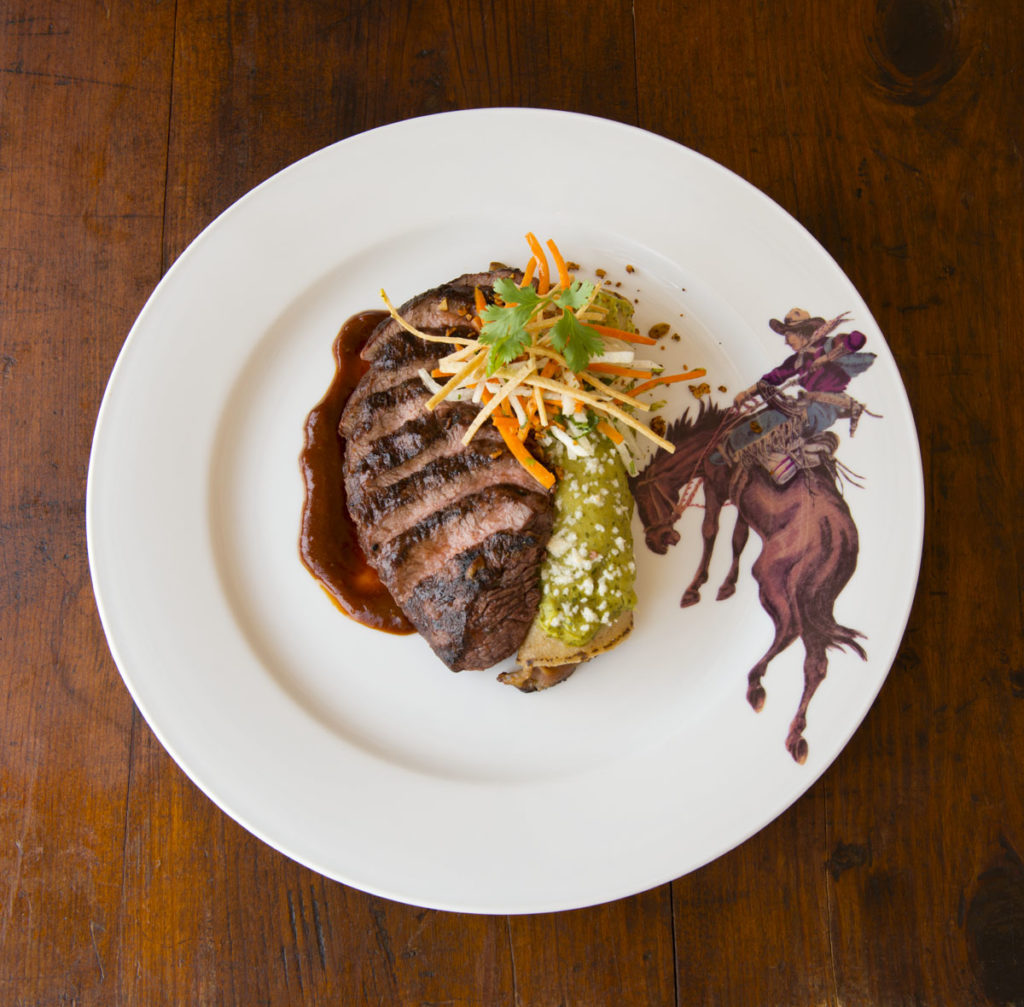 Preheat grill; make sure that grates are clean and heavily brushed with oil. (Wood chips can be added to the grill to add a smoky flavor.) Season each antelope steak generously with garlic salt and black pepper and place on hot grill. Grill steaks for about three minutes, just long enough to mark one side. Turn steaks and cook for about two more minutes or until desired doneness is reached. Brush generously with Cactus Pear Glaze and continue to cook for 1 minute, allowing the glaze to thickly coat the meat.

In the center of each of four warm serving plates, spoon a pool of Red Chile Sauce and place steaks on top. Place two rabbit enchiladas alongside, top with Jicama–Carrot Slaw and garnish the plates with a generous sprinkle of Cotija cheese and sprig of cilantro.

Note: Any type of meat can be used in this recipe, but we use Nilgai antelope from Ingram, in South Texas.

In a small sauce pot over medium-high heat, bring the first three ingredients to a boil, then lower the heat and simmer for 15 minutes or until the liquid is reduced by half. Combine the cornstarch and water, and add to the liquid in a thin stream while whisking. Continue to cook for 5 minutes, until thickened. Remove from heat, add maple syrup, lime juice and salt to taste.

Heat a medium-size rondeau (brazier) over medium-high heat and add oil. Season the rabbit with salt and pepper and gently place skin side down in the pan and sear for 4 minutes, until skin is golden brown. Turn the rabbit over, add diced onion, celery, carrot and jalapeño to the pan and sear for another 4 minutes, occasionally stirring the vegetables. Add tomato juice, chiles, bay leaf and thyme, bring to a boil, then turn heat down to a simmer and cover. Braise for 1 hour, or until the meat gently pulls away from the bones. Remove the rabbit from the broth and reduce liquid for 10 minutes. Transfer the liquid into a blender and purée on high until very smooth. Reserve and keep warm. (This is the Red Chile Sauce used throughout the dish.)

When rabbit is cool, pull the meat from the bones in bite size pieces. In a large mixing bowl, add the pulled rabbit, caramelized onion, ½ cup of reserved Red Chile Sauce and cheese. Season with salt and black pepper, to taste. Keep remaining Red Sauce for final plating.

In the center of each tortilla, spoon an equal amount of the rabbit mixture, and roll into a tight cylinder. Spoon Green Chile Sauce generously over each enchilada, and sprinkle with Cotija cheese. Keep warm until served.

In a medium sauce pot over medium-high heat, add the oil, onion, garlic and jalapeño. Sauté for 3 minutes and add the poblano chiles. Continue to cook for an additional 3 minutes, then add the chicken stock and bring to a boil. Reduce the heat to a simmer and cook for 10 minutes or until onions are soft. Transfer to a blender and add the remaining ingredients. Purée until smooth and season with lime juice and salt.

Combine the oil and lime juice in a small mixing bowl. Add honey and cayenne and salt to taste, whisking vigorously to completely blend. In a medium bowl, combine lime dressing with vegetables and tortilla strips. Season again with salt and serve. 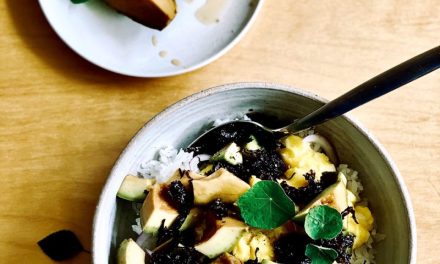 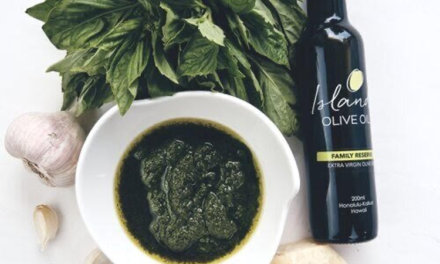 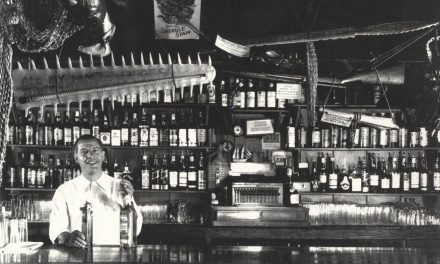 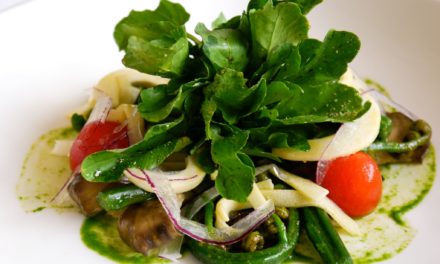