Born and raised Alsace in the French countryside, I grew up only on farmers’ fresh products. All seasonal fruits, vegetables, fish, meats, charcuteries and dairy product came from within a radius of fifty miles. We didn’t know any better—we were living in luxury without even realizing it. My palate and taste buds became naturally trained to distinguish a great root vegetable like a carrot! Eating only fruits ripened on the vine or tree made me appreciate real and natural tastes, as well as the difference between a farm-raised chicken and something that only looks like a chicken.

When I was sixteen, I started a journey as a chef that led me around the world, living in several countries and discovering that not everywhere was like home when it came to nutrition. It was then that I realized I could make a difference by educating and encouraging people to eat healthier, to eat organic. Discovering real flavors and becoming conscious of sustainability became my priorities. 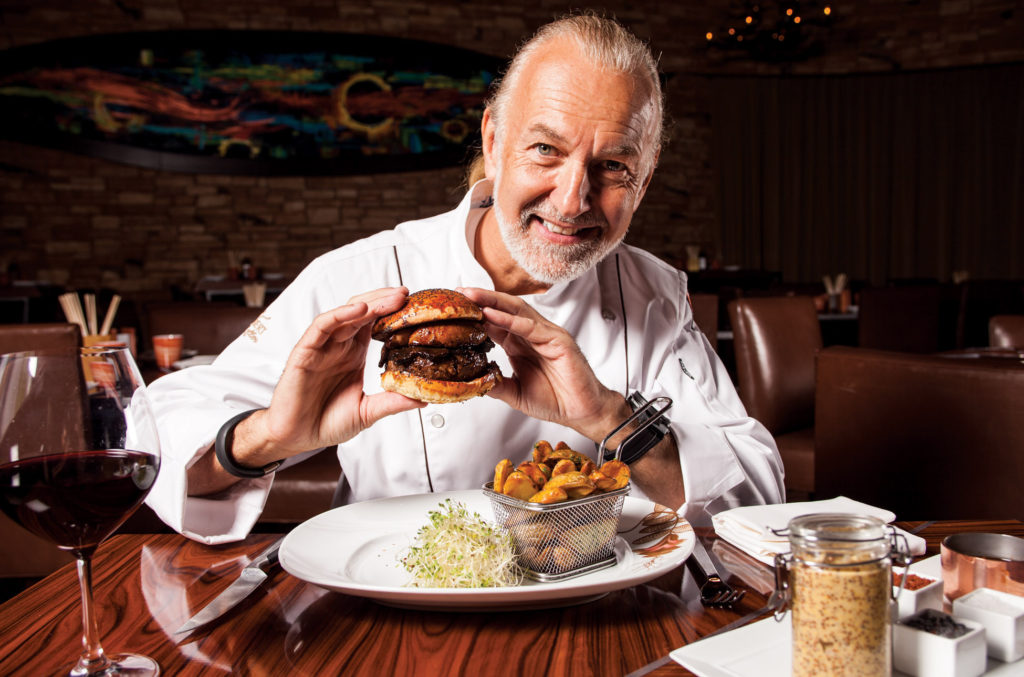 “Lighting up nations with good food can bring people together!”

Chef Hubert Keller: Teaching people to appreciate the difference between a farm-raised chicken and something that only looks like a chicken.

Quickly I understood that my best vehicle to achieve these challenges was through my restaurants and guest chef appearances around the country—teaching people how to cook, how to choose great ingredients and how to live a better life through cooking and nutrition. Other vehicles that I developed later were my cookbooks and my TV show, “Secrets of a Chef.” I also worked with Dr. Dean Ornish on his best-selling book, “Eat More, Weigh Less.” I knew I was on the right track when I got an invitation from the White House to cook for President Bill Clinton and his family and then demonstrate why my cuisine was healthier and leaner, without compromising real flavor. I was also asked to train the chefs from Camp David during the Clinton presidency.

More than ten years ago, I decided to make a difference in the world of processed meats by starting a unique concept of gourmet burgers called Burger Bar. At that time no chef would have attached his or her name to a healthy burger concept. The idea was to serve a variety of in-house freshly ground burgers with organic toppings and high-quality buns. Today that concept has been copied widely all over the U.S. and in other countries around the world, and many celebrity chefs have jumped on the wagon! Another way I was able to make a difference on a daily basis was to help charity organizations such as Meals On Wheels and the Make-A-Wish Foundation raise funds and, with a more low-key approach, to help provide better food in local homeless shelters.

Ultimately I’m hoping to inspire a new generation of young chefs to continue the vision as to how, as chefs, we can make a difference in the future and make the world a better place through education and awareness about nutrition. Lighting up nations with good food can bring people together—and it’s more powerful than wars!

A Seat At The Table

Read the Q&A with Hubert Keller 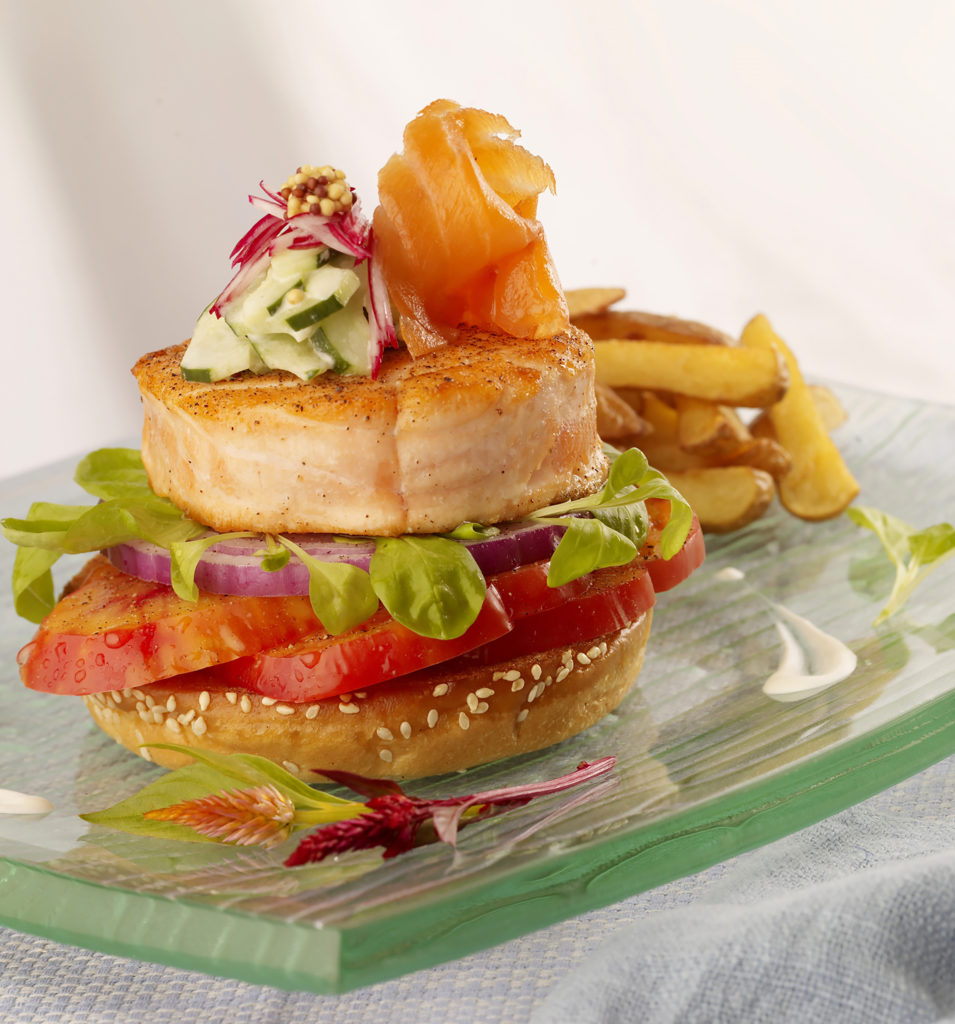 Cut four 15-by-18-inch sheets of aluminum foil. Fold each in half lengthwise. Fold lengthwise twice more to make strips nearly 2 inches wide. Brush each strip with olive oil on one side.

With tweezers, remove any bones from the fillet. Cut the fillet crosswise into eight 1-inch-wide strips. They will be thicker in the middle and taper to each end. To shape the burger, turn 2 slices up on their edge. Pull the tapered ends toward each other, skin side in, to form a “U” shape. Fit the 2 slices together, interlocking the “U”s. Gently pat them into a round. Wrap a foil strip, oiled side toward the fish, around each fish burger like a belt. Twist the ends to hold the fillets in place. Repeat to shape the remaining patties. The patties can be shaped in the afternoon, covered and refrigerated until needed.

When ready to cook, heat 2 tablespoons of olive oil in a large skillet or grill pan over medium-high heat, until very hot or build a medium-hot fire in a barbecue grill. Brush the burger on both sides with olive oil and season generously with salt and pepper. Cook until golden brown on both sides and cooked through, about 5 minutes total. Baste the burgers occasionally with the oil in the pan. To grill, oil the grate, and cook the burgers, covered, for about 5 minutes. Be careful not to overcook or the burgers will be dry. They should remain a little translucent in the center. While the burgers cook, toast the buns in a toaster oven or under a broiler, about 5 inches from the heat, until lightly toasted. Or toast them on the outer perimeter of the grill rack.

On warm plates, layer sliced tomato and red onion, then watercress, on bun bottoms. Place the burgers on top and carefully remove the foil belts. Curl a slice of smoked salmon, if using, on top of each burger and add a spoonful of Cucumber Salad. Top with a pinch of radish, if using. Prop the bun tops against the burgers, and serve immediately. Pass the remaining Cucumber Salad at the table.

Peel the cucumber lengthwise in alternating strips of green and white. Cut it in half lengthwise and scoop out the seeds with a spoon. Cut the halves crosswise into very thin slices and place in a bowl with the red onion. In a small bowl, whisk together the mayonnaise, cream, mustard, salt and pepper to taste. Fold the mayonnaise mixture into the cucumbers, a spoonful at a time. You want the cucumber to be just lightly dressed. 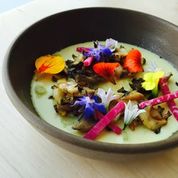 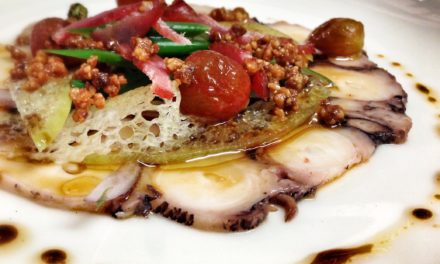 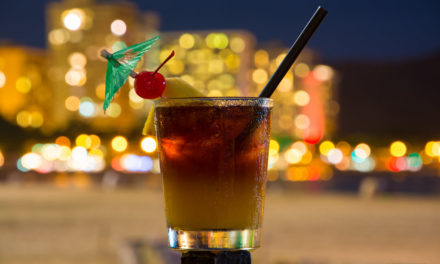 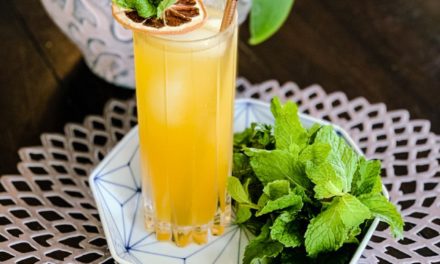